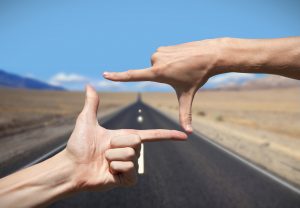 The Yorke and Mid North cover an area of 34883 square kilometres. The arid north is delineated from the more fertile South-East of our region by Goyder’s Line, first surveyed in the 1860s, which has proven to be a remarkably accurate Northern boundary marking where sustainable agriculture can be carried out.
The ancient Flinders Ranges rise at Crystal Brook and form a long ridge along the East coast of Spencer Gulf as they impose upon our landscape. Much land has been cleared of scrub for cropping and grazing and there are wide plains and beautiful valleys including the renowned Clare Valley wine region. The coastline is spectacular, particularly the coast of the Yorke Peninsula which offers both safe havens and challenges for seafarers and beachcombers alike.

South Australia’s Strategic Plan is comprised of 100 targets. Of these targets it is hoped to achieve an increase regional populations, outside of greater Adelaide, by 20 000 to 320 000 or more, by 2020.
RDA Yorke and Mid North aims to support a growth in population to 100,000 people by 2036, by retaining young people, attracting `sea-changers’ and ‘tree-changers’, new workers entering existing and emerging industries and maintaining the current workforce. Areas of focus remain Peterborough, Port Pirie and Copper Coast and in particular entrenched unemployment and youth unemployment remain areas of focus.

Regional South Australia is a significant contributor to our State’s economy. Our regions collectively produce one quarter of the national barley crop and two thirds of Australia’s wine exports. Regional SA also produces just under half of the nation’s green power and is Australia’s largest and most diverse aquaculture industry.
While contributing $4.6 billion through agriculture and around $2.2 billion through wine production, our combined regions contribute $20 billion towards the state’s economy and 50% of exports in the Regional SA is ranked in the top 12 potential mining jurisdictions in the world and contribute over $2.7 billion in mining exports.

Many opportunities exist for value adding and expansion of existing businesses and products. A focus on renewables continues to be an area of heightened interest and in particular planning for a low carbon economy.The South Australian food and wine industry is worth over $14 billion and accounts for 36% of South Australia’s total merchandise exports. The world demand for food will rise by 70% by 2050.  Our clean and green environment lends itself nicely to the vision that South Australia be renowned as a producer of premium food and wine from its clean water, clean air and clean soil.
South Australia is recognised globally for its premium food, beverages and culinary-tourism. The Yorke and Mid North Region like others in the State holds a competitive edge in both domestic and export markets through innovation and a strong reputation for being clean and safe. This is evidenced by our sustainable seafood sector and grains industry.

The Department of Employment carries out research to identify skill shortages in the Australian labour market. Skill shortages exist when employers are unable to fill, or have considerable difficulty in filling vacancies for an occupation, or significant specialised skill needs within that occupation, at current levels of remuneration and conditions of employment and in reasonably accessible locations.

This has been highlighted in Yorke and Mid North in the areas of Aged Care, Viticulture and the meat (abattoir) industry. RDAYMN have been proactive in facilitating training and brokering other solutions to meet these needs and fill the gaps.

We remain committed to the working to bridge the labour force participation gap in our region which is a key sign of productivity and an area of key growth for the Yorke and Mid North.