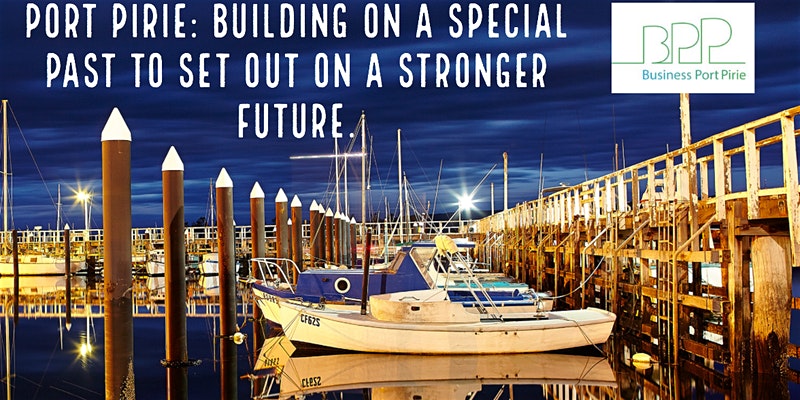 Business Port Pirie Networking Dinner: Building on a special past to set out a stronger future.

Business Port Pirie would like to invite you to attend the 2020 Business Port Pirie Networking Dinner which will be held at the Port Pirie Sports Precinct Function Centre on Tuesday, February 18. Come along, connect and celebrate with local business owners and employees.

Dr Christine Garnaut, Director of the Architecture Museum at UniSA – Australia’s only Architectural Museum. Christine is an Architectural Historian with a unique and special connection to Port Pirie and our region.

Reg Smyth, Port Pirie Meats – Reg is a proud South Australian with family roots in an historic Flinders Ranges sheep station. Following a passion for aviation he served in the RAN for 20 years accumulating a variety of skills including Air Traffic Control, Seaman Officer and Strategic Intelligence. Most recently he managed Aviation Capability Implementation onboard the two LHD helicopter carriers as a Reserve Officer. As a commercial consultant for almost 20 years, Reg has been involved in projects across the globe with a focus on the Middle East. As an abattoir shareholder, Reg also purchased livestock and sold lamb into the South Australian market.

Come build on a special past to set out on a stronger future!